Construction of No. 6 Armament Training Camp began in 1936 and upon completion in 1937 the 300 acres (1.2 km2) of former farmland was known as RAF Woodsford, after the village a mile to the north, and it soon played host to target-towing aircraft and a variety of visitors from RAF squadrons wishing to use the Chesil Bank range. In the spring of 1938, its name was officially changed to RAF Warmwell to avoid confusion with Woodford aerodrome in Cheshire, Warmwell being a village a mile and a half to the south of the airfield.

The airfield consisted of free draining grass landing runways, with a strip oriented 2,700 ft (820 m) north-east/south-west and the same for a south-east/north-west run, but the longest strip was west-northwest/east-south-east covering 5.040 ft (1.536 m) Two Bellman hangars were erected on the technical site and there were eight Blisters. Six double pens, 12 single pens and 18 small pan aircraft standings were sited around the perimeter along with accommodations for 1,675 personnel.

The station hosted RAF fighters during the Second World War, including a flight from 609 Sqn which was Dorset’s only RAF fighter base during the Battle of Britain. It was not long before the Luftwaffe turned its attention to the airfield with a daylight attack in August 1940 and several hit-and-run had weather raids, plus some night bombing on a number of occasions during the spring of 1941.

Warmwell was home or temporary station to fighter squadrons engaged on both offensive and defensive operations and 33 different RAF fighter squadrons are known to have used the airfield between the autumn of 1940 and January 1944, predominantly those with Supermarine Spitfires but Hawker Hurricanes, Hawker Typhoons, Westland Whirlwinds and North American Mustangs were also present at times.

NO monthly large charges, import your subscribers and so much more!

Click Here to View the Tribulant Systems and other top range plugins available!

Tribulant Support and Assistance is TOP quality and quick! 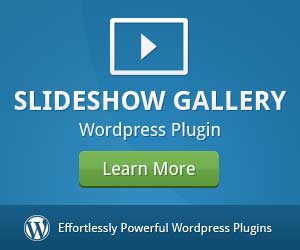 Now Available in the US & Australia

Is that enough reason to look? More in the links below!!

Subscribe to Our Very Popular Newsletters for Free Downloads and information!

You can unsubscribe any time…

Testimonials and WHY we all need Plant Minerals Here